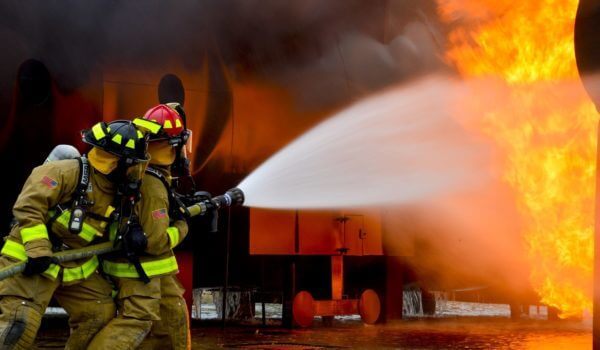 First Amendment rights are a concept most Americans hold in high regard. It can be difficult to imagine not having these certain rights, especially when it comes to advocating for something you believe in. Unfortunately, the San Antonio Professional Firefighters Association (SAPFA) has faced many hardships involving the city of San Antonio in the last year, one of which involves a lawsuit over the group’s First Amendment rights. Now, almost a full year after a vote last November, the city wants a federal judge to step in and dismiss the union’s suit altogether.

Just last year, SAPFA sued the city of San Antonio in federal court, alleging city officials violated union representatives’ First Amendment rights. The allegations came after the city sought to enforce a “free speech area” policy during SAPFA’s San Antonio First Initiative in order to hinder its efforts to gather signatures for two union-backed charter amendments SAPFA eventually won. These “free speech areas” were small and located far from where the firefighters could interact with residents according to the union.

In addition to these “free speech areas,” SAPFA alleges city officials tried to intimidate its representatives by posting notices at the libraries where they were originally petitioning. These notices stated that unidentified petitioners would try to gather signatures from them and that citizens should be allowed to read a petition prior to signing it, and to not feel pressured into it.

With the passage of the charter amendments, San Antonio voters capped the city managers’ tenure and pay, and also gave the firefighters’ union sole power to send contract negotiations into binding arbitration. The union sought such measures after firefighters had gone years without a contract. Now, nine months later, the city wants a federal judge to dismiss the lawsuit completely.

U.S. District Judge Xavier Rodriguez has not yet ruled on the city’s motion to dismiss the lawsuit. If Judge Rodriguez allows the suit to move forward, the union plans to continue to fight the city for its legal rights.

At Feldman & Feldman, your constitutional rights are important to us. We fiercely advocate for clients whose rights have been infringed upon. If you feel your rights may have been violated, contact us today to see how we can help.