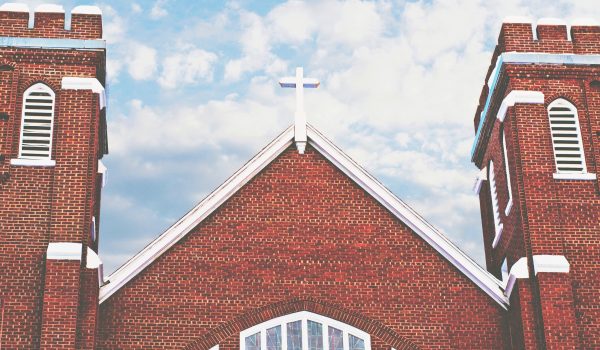 Many people look to the clergy as spiritual leaders and pillars of the community. We put our trust in them to help us understand our faith and to live our best lives. They are held up as examples of people living admirable lives dedicated to service.

Unfortunately, there have been countless violations of this trust by members of the clergy. The worst of these violations came in the form of sexual abuse and sadly the targets of these predators often were children. The most well know example of this type of behavior is sexual abuse of children by priests in the Catholic Church, but there have been sexual assaults by those in the ministry field across many forms of Christianity and by faith leaders in other religions. What makes these abuses of trusts more egregious is the fact that, particularly in the case of the Catholic Church, the church governing bodies had a long history of protecting clergy it knew to be sexually molesting parishioners. Abusing power to prey upon the vulnerable is always wrong, and both the abusers and the people who enable them need to be held accountable. If a religious leader hurt you or someone you care about, our Houston sexual abuse lawyers can help you seek justice.

The Catholic Church has gone to great lengths to protect these child-molesting priests from prosecution. For decades, advocates criticized the Church for not doing enough to protect young parishioners from abuse. The issue has reached a breaking point as states all around the country investigate dioceses and their clergy members over allegations of sexual abuse.

Fifteen different dioceses of the Catholic Church across Texas, including the Archdiocese of Galveston-Houston, have released lists of clergy members credibly accused of sexually abusing minors, which we have provided at the bottom of this page. It is not enough for the Church to release the names of priests accused of child sexual abuse. While this is a start for the church to begin rectifying its mistakes, victims deserve justice, and a Houston clergy sexual abuse attorney can help.

Those who have suffered at the hands of the clergy often don’t know where to turn or how to get help. They may have suffered life-long trauma for what they endured. It can be intimidating to think about legally taking on both their priest, often a respected member of the community, and their church. Additionally, victims may be frightful to bring up and relive their past ordeals. Depending on when the abuse occurred, they may also not be sure about statutes of limitation and what relief the legal proceedings will bring at this later date.

While law enforcement can elect to criminally pursue clergy for sexual abuse, victims can also seek their own justice through a civil lawsuit. Coming forward can be incredibly difficult for sexual abuse victims; however, doing so can give them a voice and help them regain control of their lives. It also can help hold the people and the institutions who abused them accountable. While no amount of money can undo the trauma that has been done, it can help relieve financial pressures and help with the healing process. For example, compensation can pay for the cost of ongoing mental health treatment. A skilled Houston sexual abuse attorney can help clients navigate what legal proceedings are possible and devise a strategy for seeking restitution.

Those who have been hurt by the church or any other religious institution should demand justice; and, turning to an experienced clergy sexual abuse attorney in Houston can help those who have been wronged by leaders in their spiritual community.

Feldman & Feldman Has Helped Clergy Sexual Assault Victims in The Past

The Houston clergy sexual abuse attorneys at Feldman & Feldman believe no one pursuing their faith should have to endure sexual abuse from their religious leaders. We fight aggressively for victims of clergy sexual abuse because they deserve justice. In the past, we have represented clergy sexual abuse victims not just against the Catholic Church, but against other churches, including the Second Baptist Church and the Community of Faith Church. Additionally, as this has been such a high profile issue, courts are looking for ways to help those who have been abused in this way. As such, the laws, statutes of limitations, and potential award amounts are fluctuating. Our team of Houston clergy sexual abuse lawyers is not only staying abreast of these changes, but we are also advocating for the best possible laws and outcomes for our clients. We are committed to doing what we can not only for our clients, but also to shape policy that helps everyone who suffered sexual abuse by faith leaders.

Diocese of Fort Worth