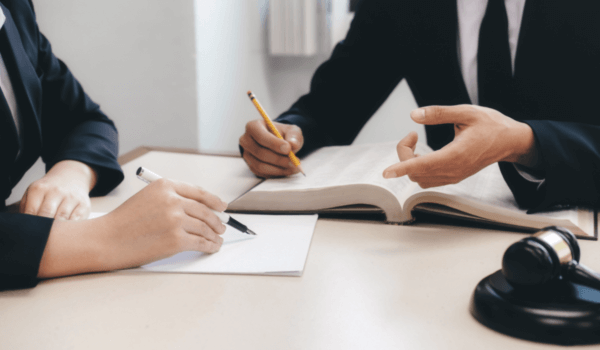 Contracts are the lifeblood of your business. Without them, your business would not be able to function. If all of your deals were in oral form, you would have little certainty and much risk. However, as much as you aim for certainty with all of your contracts, there may invariably be disputes that occur when you and another party have differing opinions about what your legal obligations are under a contract. Depending on the contract, there could be a significant amount of money at issue in a contractual dispute. Losing a breach of contract case could set your business back months or even years.

A contract is a legally binding obligation that gives you both rights and obligations. Unfortunately, the parties to contracts may end up in a dispute during the period of performance or afterward. In some cases, the dispute can end up leading to litigation between the parties. If you find yourself in a contract dispute, you should contact our experienced Houston breach of contract lawyers to help protect your legal interests.

Contract Disputes that Can Lead to a Lawsuit

Here are some examples of common contractual disputes that could lead to litigation:

Ideally, you should have had a business lawyer either help you draft the terms of the contract or review them before you signed it. In many cases, an attorney is called into the case long after the agreement has been signed, once the parties are experiencing issues in the performance phase. Unfortunately, you have to take the agreement as you signed it, regardless of whether it was what you intended. A court is only interested in your intention if the language of the contract is unclear.

Remedies in a Breach of Contract Lawsuit

There are various remedies you may seek when you are involved in breach of contract litigation, including:

What To Do If You Are Sued for Breach of Contract

If you have been sued for breach of contract, your attorney will review your legal situation with you and determine whether you have any available defenses. They will also consider the possibility that you may be able to file a countersuit against the plaintiff. Breach of contract lawsuits are not always one-sided. Both parties can accuse each other of wrongdoing.

Defenses to a Breach of Contract Lawsuit

Some of the available defenses you may use if you are sued for breach of contract include:

Resolving a Contractual Dispute Without Litigation

In reality, most breach of contract cases do not ultimately end up in front of a judge or jury at trial. Either the two parties are able to work their dispute out on their own before turning to litigation, or they may reach a settlement agreement during litigation. Nevertheless, hiring a Houston breach of contract lawyer could increase the chances that you reach a resolution of your case without a trial. It is always better to talk through a dispute because it is more cost-efficient and less of a hassle. Going through litigation to trial will generally only be a last resort after other attempts to solve the problem have failed.

Why You Need an Attorney for a Contract Dispute

A breach of contract attorney can help your case by doing the following:

It is essential that you hire an attorney as soon as you suspect there may be a potential dispute. How you act in the face of a contract dispute could help determine your overall chances of success in the case. For example, if the other party can argue that you have a course of dealing that reflects poorly on you, it could be used against you in a lawsuit. Your breach of contract lawyer could immediately give you advice that could potentially strengthen your legal position.

The Houston attorneys at Feldman & Feldman can counsel your business, whether you are the plaintiff or defendant. We have helped numerous businesses in contract disputes at various stages of the process. If your case goes to trial, we are persuasive litigators who have extensive courtroom experience. To speak with an experienced Houston breach of contract lawyer, contact us today to schedule a consultation.