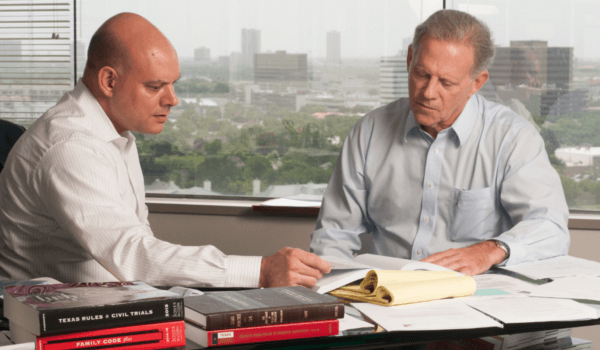 The firm of Feldman & Feldman is proud to have pursued justice for hundreds of clients over the years. Below are a few of our most notable cases.

The suit went to trial in 2005. The parties detailed their cases along with corroborating evidence, and testimony from the campaign operatives that funneled illegal money into Texas elections.  Senior District Judge Joe Hart returned a judgment in favor of Cris and his clients.  This case then served as the basis of 32 criminal indictments against TRMPAC members as well as  eight corporations, and an order to pay the Democratic candidates $196,660 in damages. Delay was ultimately convicted in 2010 of money laundering and conspiracy charges related to illegal campaign finance activities in connection with this lawsuit.

Cris Feldman served as lead counsel for Houston residents of the Near Northside neighborhood suing the City of Houston and White Oak Music Hall following numerous large-scale sound ordinance violations. The neighborhood plaintiffs that Cris represented alleged that the horrendous noise violations  interfered with basic homeowners’ property rights following the opening of White Oak Music Hall in April 2016. After obtaining a temporary injunction against White Oak Music Hall prior to trial, no more than two events were allowed using amplified sound on the venue’s outdoor stage before a court restricted the venue’s events on a regular basis. In addition, the venue had to install sound monitors and submit weekly reports of sound readings as a result of the temporary injunction.

Following the temporary injunction a settlement was reached in 2018, putting permanent limitations on show dates and durations at the venue, with shows on school nights ending at 9:30 PM. Additionally, the venue was prohibited from holding any outdoor shows during the state STAAR testing period, and was required to set up a permanent sound monitoring system with real time sound monitoring viewable by the plaintiffs. In order to prevent tampering with the sound monitoring device, a video camera was installed near the sound monitoring equipment to ensure the integrity of the readings.  If these restrictions are violated by White Oak Music Hall a fine can be assessed up to $15,000 per violation.

In 2015, the Chambers Liberty County Navigation District (CLCND) purported to lease 23,000 acres of Galveston Bay to a private seafood company operated in Chambers County. In this suspect back room deal, CLCND “leased” 23,000 thousand acres of oyster habitat to a single seafood operator for a mere $0.50 an acre. By comparison, a single raw oyster at seafood markets is $1.50! Independent oystermen in Galveston County hired Feldman & Feldman to expose and undo this sham. Feldman & Feldman successfully fought and tried this case on behalf of hardworking oystermen in Galveston County, winning a declaration that the lease by CLCND was invalid as a matter of law. Feldman & Feldman was also awarded approximately $500,000 in attorney’s fees by a jury. This victory preserves the right of the public to fish anywhere allowed by Texas Parks and Wildlife as long as you have a license, and it preserved the oyster industry in Galveston Bay from being run via shady backroom deals.