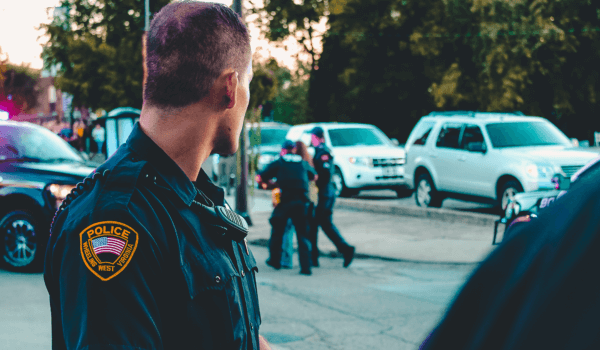 As protests continue across the nation in response to police brutality and racial inequality, more and more Americans are coming to question the law. One particular aspect that has garnered vast scrutiny during this time is the doctrine of qualified immunity. While this isn’t the first time this specific legal doctrine has come under fire, it’s important to examine what qualified immunity is, as well as the history behind it.

Qualified immunity is a defense that protects law enforcement and government officials from liability for civil damages so long as their conduct does not violate clearly established statutory or constitutional rights. The Supreme Court introduced this doctrine in Pierson v. Ray, 386 U.S. 547 (1967), following an incident in Jackson, Mississippi. A group of 15 priests from the Episcopal Society for Cultural and Racial Unity entered a ‘whites only’ waiting area; three of the 15 priests were Black. All of the priests were arrested and jailed for disturbing the peace. The priests argued they were wrongfully imprisoned and sought damages. When the case reached the Supreme Court, the justices held that the police involved in the case were entitled to qualified immunity from liability for damages. The court reasons that police officers would not be able to make difficult decisions on the job if they had to worry about being sued.

It wasn’t until several years later that the doctrine fully took shape. In Harlow v. Fitzgerald, 457 U.S. 800 (1982), the court held that the only way a plaintiff could overcome qualified immunity was to establish the public official violated clearly established statutory or constitutional rights of which a reasonable person would have been aware. In addition to this, the court expressed concern that if certain public officials did not have qualified immunity and were not protected from potentially frivolous lawsuits that citizens would be deterred from taking public office.

It’s important to note that it isn’t just law enforcement that can invoke the doctrine of qualified immunity to avoid responsibility for their actions, as teachers, firefighters, publically employed social workers, and civil rights commissioners may also be protected by this doctrine.

One of the major points of contention surrounding qualified immunity is that it’s incredibly difficult to prove a ‘clearly established’ right was violated. In practicality, this means the plaintiff must be able to cite an existing Supreme Court or federal appeals court decision in the same jurisdiction as a similar case with close to identical facts. Meaning that it would be virtually impossible for anyone to hold a police officer accountable, for example, in the first instance of that officer specifically acting in a way that infringed upon another person’s rights.

Last November, the Sixth Circuit Court of Appeals held officers from Tennessee who allowed their police dog to bite a surrendered suspect did not violate a clearly established law. The plaintiff cited a case where the same court previously held it was unconstitutional for officers to direct their dogs toward a suspect who had already surrendered and was lying down with their hands at their side. The court found this insufficient as the plaintiff had not surrendered by lying down and had done so by sitting on the ground and raising his hands.

Though critics continue to question the issues surrounding qualified immunity, it is unlikely the law will change anytime soon. In fact, on June 22 of this year, the Supreme Court declined to revisit the now 50-year-old doctrine, ultimately leaving it up to Congress.

Civil cases involving qualified immunity are incredibly difficult to pursue. Because of this, having the knowledge of an experienced civil litigation attorney is recommended. At Feldman & Feldman, our experienced attorneys are proficient in both civil trials and appellate proceedings and will handle your case with compassion from start to finish. If you have questions about pursuing a claim against a public official or government entity, contact us today for more information on how we can help.