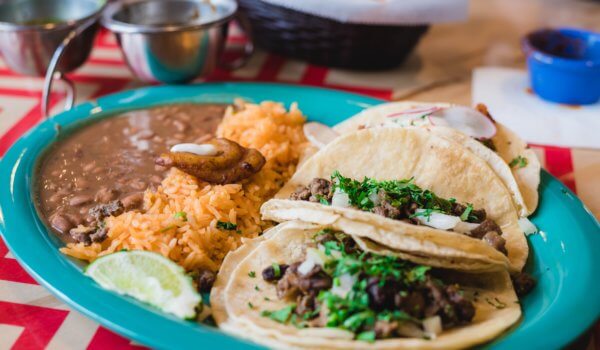 Many Houstonians enjoy Tex-Mex eatery El Real for its food and its easily recognizable location in Montrose is a neighborhood landmark. Recently though, after eight years in business, the restaurant closed its doors for good, leaving many patrons questioning why.

Just days after El Real announced it would be closing indefinitely, former employees came forward alleging the popular restaurant owes them hundreds of dollars in unpaid wages for weeks of work they performed without pay. Former server Niara Hubbard told local news outlets the paycheck she was given on October 11 bounced when she attempted to deposit it.

Another former employee, Justin Jackson, experienced similar issues with El Real roughly a month before it closed its doors. According to Jackson, “the checks were supposed to come on payday, and they didn’t,” he stated. “We waited a couple of days and then the checks came, but they started bouncing.” According to Jackson, El Real management sent employees to Reef, El Real owner Bryan Caswell’s Midtown seafood restaurant, to be paid in cash instead. Server Niara Hubbard was also given cash in place of one of the paychecks she was still owed but still has not received payment for all of her time worked.

Unfortunately, this isn’t the first time Caswell’s restaurants have struggled financially. Earlier this year, El Real’s chef was sued by his longtime business partner, Bill Floyd after allegedly failing to make more than $200,000 in payments owed to Floyd.

Caswell denies his employees are owed money and says the restaurant has “no back pay issues at the moment.” Additionally, Caswell believes El Real staff will be “provided with as much support as possible in order to secure opportunities in other establishments.”

Many restaurant workers primarily earn wages in tips, making them more susceptible to wage theft. Wage theft refers to the non-payment of employees for hours worked, whether intentional or not. According to federal law, employers can pay tipped workers as little as $2.13 an hour as long as their tips bring their total pay up to the federal minimum wage of $7.25 per hour. In Texas, employers can take a tip credit, counting all or a portion of employee tips toward their minimum wage obligation. Though the employer doesn’t actually take any of the tip funds, they do get to count this money as if it were paid directly by them to the employee.

The Fair Labor Standards Act (FLSA) states that an employee’s tips are their sole property, prohibiting any arrangements between tipped workers and their employers where any part of tips received becomes property of the employer.

At Feldman & Feldman, our experienced attorneys focus on providing employers with legal guidance regarding a variety of employment-related issues. We also help employees whose rights are being violated take action with the help of our experienced Houston employment attorneys. Contact Feldman & Feldman today to learn more about how we can assist you with your legal needs.