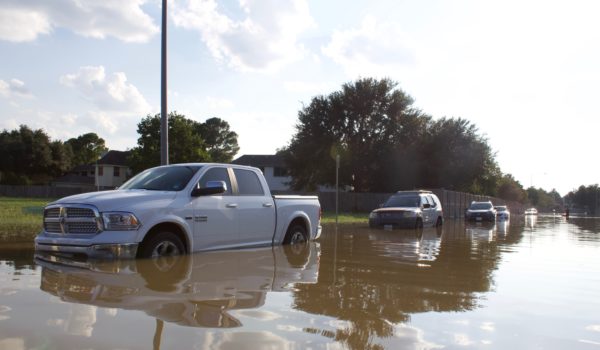 For many Houstonians, Hurricane Harvey proved to be a storm like no other. Over 27 trillion gallons of rain washed over our city, resulting in 50 inches of rainfall. The rainfall was so heavy, in fact, the National Weather Service had to update the colors used to showcase the severity of the rainfall on its weather charts to properly account for it.

As to be expected after a storm like Harvey, many insurance claims for property damage were subsequently filed with insurance companies. Unfortunately, however, many Texans believe both insurance proceeds and local and federal funds designated to help pay these claims were mishandled, some even suggesting an investigation should take place.

Formed in 1969, the TAC represents Texas counties in discussions with state officials. The organization offers a risk management pool that includes insurance coverage for counties who suffer property damage as the result of natural disasters, including storms, fires, and other potential causes.

After Hurricane Harvey hit the Gulf Coast in August 2017, both Refugio and Victoria Counties hired the Vitrus Group (currently known as the Commercial Restoration Company or CRC) at TAC’s recommendation to handle the remediation and repair of their county facilities. Refugio County’s lawsuit claims TAC breached its contract with the county, claiming CRC adjusters conducted “a substandard investigation and inspection of the properties, prepared reports that failed to include all of the damages that were observed during the inspections and undervalued the damages observed during the inspections.”

Victoria County criticized its local leaders for squandering nearly $900,000 of taxpayer money paying Kansas-based CRC for repair and restoration work after bypassing bidding laws. The contract between CRC and Refugio County is virtually identical to its contract with Victoria County.

Dennis Patillo, a member of the Victoria Regional Airport Commission, raised questions about post-Harvey county airport repairs, including why a second firm recommended by TAC, Gerloff Construction, was never asked to bid on the project. During a meeting in July, airport commissioners questioned the management of $2.6 million in insurance payments set aside for county-owned property repairs after Hurricane Harvey.

The CRC was acting as an agent for TAC and was the only party determining the extent of the damages caused after the storm. In an op-ed he wrote for the Victoria Advocate, Patillo stated that transparency has been an issue and that no details have been provided to the public regarding how CRC was vetted, the scope of the repairs covered by the contract, documentation of work performed, or how much work remains to be done.

When a dispute arises, it can bring your entire business to a screeching halt. When this happens, your livelihood is in serious jeopardy. Business litigation is often very complex, making quick resolutions unlikely. Having an experienced commercial litigation attorney by your side to help guide you through the process can be essential in these instances. Contact the attorneys at Feldman & Feldman today for more information on how we can assist you with your legal needs.