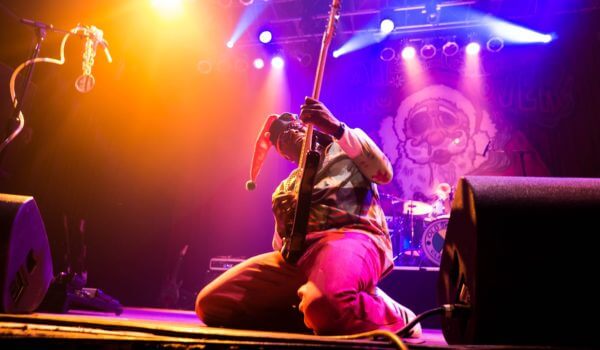 Due to the close proximity of businesses, entertainment venues, residential areas, and hotels in a metropolitan area, noise complaints are a common occurrence in a big city. Without clear and defined regulations in place for noise levels – including specific hours of operation for music and entertainment venues – these complaints can be a constant source of friction between business owners and those living in or visiting a city.

Austin has spent the last three years attempting to codify regulations and create a system of clear expectations for any business that opens or operates in an area where noise complaints might arise, including near a residential area or a hotel. The city’s Music Commission is pushing the City Council to produce an ordinance to clarify expectations and hopefully alleviate tension between the city’s numerous entertainment venues and nightclubs and nearby hotels and residences.

The Live Music Capital of the World

Austin was dubbed the “Live Music Capital of the World ®” in 1991, when it was determined the city had more live music venues per capita than anywhere else in the country. In addition to being the home of over 200 live music venues, Austin annually hosts some of the country’s largest music festivals, including renowned South by Southwest (SXSW) and Austin City Limits (ACL).

The sheer volume of music venues in a relatively small geographic area was eventually going to lead to issues. In 2015, a newly opened downtown Austin hotel began submitting noise complaints against a nearby nightclub, which had been operating peacefully for years. In mid-2017, it appeared the City Council was on track to create a licensing and penalty system for music venues and nightclubs operating within Austin city limits to address these types of complaints. Objections from leaders in the local hospitality industry and music/entertainment industry, however, derailed these efforts.

The current Austin Code of Ordinance specifies a person may not:

1. Use or permit the use of sound equipment at a business in excess of the decibel limits prescribed by this chapter;
a. in excess of 85 decibels between 10:00 a.m. and 2:00 a.m., as measured at the property line of the business; or
b. is audible at the property line of the business between 2:00 a.m. and 10:00 a.m.
2. Make noise or play a musical instrument audible to an adjacent business or residence between 10:30 p.m. and 7:00 a.m.;

Since downtown Austin is packed with music venues, clubs, restaurants, and hotels, these restrictions are very broadly defined for the epicenter of a city built on live music. Creating a more clearly defined set of regulations, including steps for permitting and set guidelines for violations or infractions, could go a long way towards bridging the divide between entertainment venue owners looking to run a successful business and visitors and tourists looking to get a good night’s sleep.

A History of Success With Noise Complaints

The lawyers at Feldman & Feldman have significant experience dealing with noise complaint issues, most recently reaching a successful resolution for Houston residents in relation to White Oak Music Hall. The Greater Heights homeowners’ settlement with White Oak Music Hall included limitations on when and how long shows can be held at the venue. The settlement also prohibited shows on school nights from lasting past 9:30 p.m., along with any outdoor concerts during state STAAR testing. A sound monitoring system was also required, with potential fines reaching up to $15,000 per violation. These regulations have measurably improved the relationship between the residents of this area and the music venue.