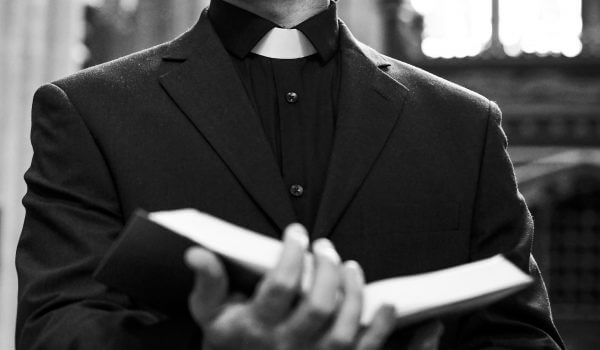 Feldman & Feldman has an established history helping victims of sexual abuse involving the church. Indeed, growing pressure from civil lawsuits such as those filed by Feldman & Feldman, as well as criminal investigations nationally, have forced religious institutions throughout the country to be more forthcoming. As a result, in response to growing public concerns of sexual abuse among clergy, the Archdiocese of Galveston-Houston has released today a list of clergy with credible sexual abuse allegations dating as far back as the 1940s. There are in excess of 300 clergy members on the list. To see the full list, click here.

In solidarity with the Archdiocese of Galveston-Houston, dioceses all across the state have also released similar lists. It is the Church’s hope the list will help victims in the healing process, but it truly comes too late for many victims, who should have been protected from the abuse by more proactive actions from the Church.

Conroe Priest’s Arrest Leads to Release of Names In Texas

On a local level, disclosure of the names of priests engaged in sexual misconduct began in September 2018, when Conroe-based priest Father Manuel LaRosa-Lopez was charged with four counts of indecency with a child. The investigation into Father LaRosa-Lopez began when two victims claimed he abused them as teenagers while serving at the Sacred Heart Catholic Church. Months later, the Montgomery County District Attorney executed a search warrant at the Archdiocese of Galveston-Houston looking for church records relating to sexual abuse allegations.

According to the Archdiocese of Galveston-Houston, a report was made to Child Protective Services (CPS) after the first allegation referenced above surfaced; however, investigators were unable to find this report during their investigation, begging the question as to what the Diocese knew, and when did they know it. The lack of the purported report to CPS smacked of a cover-up. Victims’ advocates subsequently put tremendous pressure on the Archdiocese to stop protecting clergy members who commit such heinous crimes. In response to this pressure, the Archdiocese of Galveston-Houston and 15 other dioceses have today released names of suspected abusers.

What Is A Credible Allegation?

The lists released by the Archdiocese of Galveston-Houston and others only contain names of clergy who have been “credibly” accused. How the Church describes credibility is a little uncertain, but it has proven self-serving in the past. Michael Norris, a member of the Survivors Network of those Abused by Priests (SNAP), had his own allegations determined to be “not credible” by the Church. His abuser was eventually found guilty in a criminal trial and sent to prison. Mr. Norris’s situation illustrates the inability of the Church to internally investigate and prevent sexual abuse. Furthermore, the lists fail to recognize the clergy members who did not participate in abuse, but failed to report it or actively worked to conceal incriminating information.

What Victims Can Do

Sexual abuse is about control. Victims often feel lost and angry, but all victims have rights. While law enforcement can pursue criminal charges, perpetrators of these crimes and the people who protect them can also be held accountable through a civil lawsuit. While no amount of compensation can undo the damage done to victims of clergy sexual abuse, compensation can relieve financial stressors and instead allow victims to focus on healing.

At Feldman & Feldman, our attorneys have a long history defending some of the most vulnerable populations. Our firm has represented clergy sexual abuse victims in the past and helped them not only hold the perpetrator responsible, but assist victims on their road to recovery by giving them a voice. We understand that coming forward is incredibly difficult for clergy sexual abuse victims, but doing so can also bring great relief knowing their abuser was held accountable and their actions will help prevent further atrocities.

If you were sexually abused by a clergy member, Feldman & Feldman can help. We provide free, no obligation consultations to clergy abuse victims. We can help you understand your legal options and your rights. If you do decide to work with us, there is no upfront cost and you won’t owe us anything unless we help you obtain compensation. Contact us today to schedule an appointment with one of our dedicated attorneys.