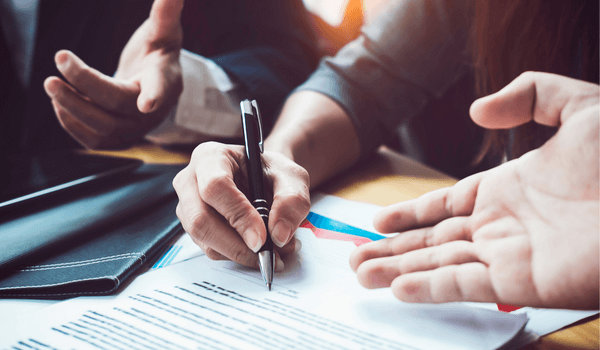 In many cases, a company’s contracts are one of the major reasons why a suitor wants to buy it. In most instances, the buyer of the business should be able to assume a contract the seller had. The question is usually what process the buyer will need to follow in order to substitute themselves into an existing contract.

Most Contracts Are Assignable, Meaning the Rights and Obligations Remain Intact

In the best-case scenario, a business’ existing contract will be freely assignable to a new party. The new party will inherit all of the rights and obligations under the contract. The mere fact that a sale took place is enough to allow for the assignment of a contract. Note that the party that sells the business may not be off the hook if the incoming party to the contract fails to perform in accordance with their contractual obligations. However, the seller of the business may be able to seek indemnification from the buyer in case of a breach of the contract or a lawsuit.

The original contract will often include a clause that states whether the agreement is assignable. If it is, the customer or counterparty does not have any say over who is on the other side of the agreement; but they can still sue the new party for breach of contract because they still maintain their rights under the agreement.

If a contract is assignable, there is no new agreement necessary. When a transaction closes, the new company will simply take over performance as the successor-in-interest to the old company. The merger agreement will already assign the rights and obligations under existing contracts to the buyer without a new, specific process for each existing agreement. In general, the principle of assignment makes business transactions more efficient and saves the parties from a complex legal process.

The general rule is that a contract is assignable unless there is a provision in it to the contrary. An anti-assignment clause is generally enforceable; however, the clause must be in the agreement at the time of the business transaction in order to be enforceable. The counterparty to a contract cannot argue against assignment in court when there is no language in the contract concerning assignment just because they do not approve of the new business entity coming into the deal.

At the same time, the incoming business will still have an obligation to perform under the terms of existing contracts. If it fails to perform, it may be sued for breach of contract. Just because there is a new owner does not mean the counterparty forfeits its rights under the contract. The counterparty may not have a say in who performs the contract, but they can still file a lawsuit just the same.

The complex process that assignment saves parties to a contract from is called novation. This process requires a separate agreement for each contract where the substitution of a party is needed. While novation is not necessarily an anti-assignment process, it will keep a seller from automatically assigning agreements upon the completion of a deal. The original party to a contract must approve and agree to the substitution of a new party.

For example, contracts with a government entity often require novation when there is a merger or sale of the business. Novation is not automatic. There may be requirements that the new party must meet in order to take over an existing contract. The contractual counterparty may try to use a merger transaction and their consent as leverage to negotiate better terms. Never assume a contract will be novated just because a deal has taken place; however, if the counterparty refuses to novate the contract, it will give the other business the right to terminate the deal. If many contracts require novation, the merger process can be complex. The buyer of the company is assuming the risk that not all contracts can be novated because the process would happen after the deal closes.

A party may not even need a full merger agreement in order to trigger the need for assignment or novation provisions. There may be a stock sale or other business transaction that results in a change of control over the company. In this case, there may be a need to assign or novate contracts, depending on their terms.

If you are considering purchasing a business, you will get the chance to review relevant contracts before the deal closes and after you have agreed to the terms. There is a due diligence period where you will be able to view corporate financials and agreements. During due diligence, you should scrutinize the terms of key contracts to determine locate any potential anti-assignment provisions. You should also review agreements to understand what your legal obligations may be after the deal closes. Determining which contracts are assignable is a necessary component of assessing the value of the business you’re contemplating purchasing.

If you are selling a business, you need to develop an in-depth understanding of the reliability and trustworthiness of your counterparty. You should contact a contract lawyer to ensure you have adequate protection from a potential lawsuit in case the buyer does not perform in accordance with the obligations in your company’s contracts.