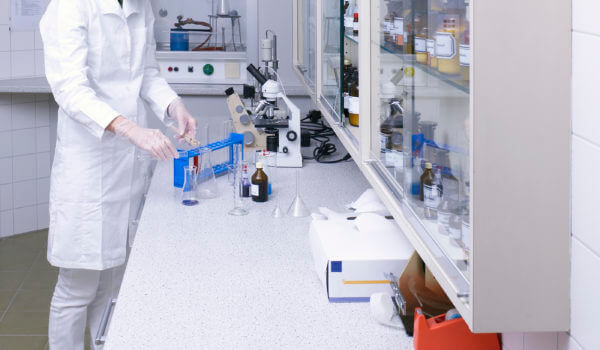 Today, we are fortunate to have access to many different testing options that screen for various diseases and infections we otherwise may not know about. Genetic testing in particular is utilized to identify changes within the DNA sequence or chromosome structure and measures the results of these changes. For several unsuspecting seniors, however, recommended genetic testing was found unnecessary after a massive fraud scam against the U.S. Medicare program was revealed.

Law enforcement officials announced the end of one of the largest healthcare frauds in history after the Justice Department found Medicare had been fraudulently billed $2.1 billion for seniors coerced into taking unnecessary genetic tests for cancer.

Both the Justice Department and the Department of Health and Human Services stated 35 defendants associated with dozens of telemedicine companies and cancer genetic testing laboratories were charged with fraud. Nine doctors were among the accused. Assistant Attorney General Brian A. Benczkowski of the Justice Department’s Criminal Division said in a statement, “these defendants allegedly duped Medicare beneficiaries into signing up for unnecessary genetic tests, costing Medicare billions of dollars.”

Fraud has been a major issue for government health programs for many years. According to a 2018 report by the Department of Health and Human Services’ Office of Inspector General, since 2007 a Medicare task force has filed over 1,600 cases against nearly 3,500 defendants who allegedly fraudulently billed Medicare more than $13 billion.

In this case, fraudsters capitalized on interest and curiosity surrounding DNA testing in order to attract seniors, the disabled, and others covered by government programs. This healthcare fraud also involved the payment of illegal kickbacks and bribes to doctors and medical professionals for referring Medicare beneficiaries for expensive cancer DNA tests. These tests were eventually either deemed worthless or were not provided at all, according to authorities.

The U.S. Department of Health and Human Services Office of Inspector General previously warned about this type fraudulent activity and the peddling of DNA tests targeting victims through telemarketing, booths at public events, and door-to-door visitations. In certain cases, perpetrators billed the government over $13,000 per patient.

Allegations of fraud are extremely serious. Oftentimes those committing the fraud have teams of lawyers to protect them, preventing victims from getting justice. If you believe you are a victim of fraud, contact the experienced civil fraud attorneys at Feldman & Feldman today.