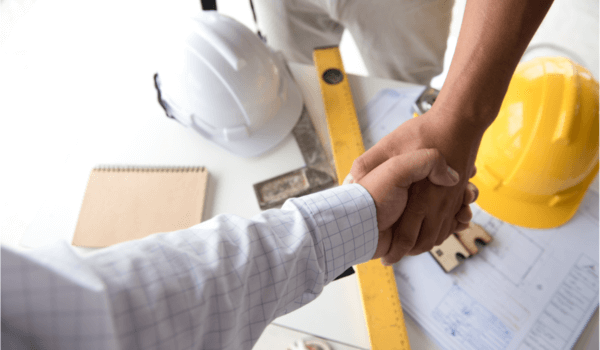 When you agree to purchase a new home, you sign a binding agreement with the home builder. In exchange for your money, the builder assumes several legal obligations to you they must honor. If not, you can file a lawsuit against the builder for a breach of contract.

Home builders can breach a contract in several different ways, including:

Read more below to learn what you should do if you believe a home builder is not upholding their contractual duties and breaching your contract with them.

The first thing you should do is educate yourself. When you and the builder sign a contract, you are both bound by its terms; however, those terms may not always be clear. When you take a breach of contract case to court, the judge will look first at the language of the contract, so you should be familiar with its terms. While you may be upset by what the builder is doing, it may not rise to the level of breaching a contract.

You are best protected when the language of the contract is clear and definite. If there are any vague terms in the contract, the court may interpret them against the party who drafted the contract—normally the builder.

In addition, you must also determine whether the breach of contract was material. Not every misstep rises to the level of being a material breach that would entitle you to legal relief. A material breach occurs when the breach strikes at the heart of the contract and deprives you of what you expected when you agreed to it. The breach would essentially defeat the purpose of the contract.

A breach of contract is a serious legal matter. Once a contract is signed, each party gains defined legal rights and obligations, and you can thus expect a home builder to deliver as they promised. If you have to enforce the terms in the contract, you would need to do so according to the remedies available under Texas law.

A real estate and construction attorney can help you with the following in a breach of contract case:

You may consider speaking with the builder – either on your own, if you have not retained counsel or through your attorney, if you have hired one – to try to figure out a resolution to your dispute without going into commercial litigation. If you get nowhere with the builder yourself, you should retain counsel and have your attorney contact them to explain your position. The breach of contract may be a misunderstanding that could be resolved without filing a lawsuit. At the very minimum, your side should let the builder know you consider them to be in breach of contract.

Your contract may contain a clause about mediation or other forms of alternative dispute resolution. If it does not, your lawyer could consider asking the builder’s attorney to engage in mediation because it is a lower-cost alternative to litigation. A neutral third party could help you talk about the issues, find common areas of agreement, and work out disputes without having to file a lawsuit.

Document Your Case and Your Damages

You may end up in court asking a judge to award you damages. First, however, you’ll need to be able to prove both your case and your damages. As soon as you suspect a contractual breach, you should begin to gather the evidence necessary to prove your case. The judge needs something more than just the contract. They need proof the builder has done something wrong which breached its obligation to you and that the breach caused you harm.

In addition, you should save any paperwork and take pictures that can be used to help prove how much the builder may owe you should you win your case (if financial damages are the best and most appropriate remedy).

Consider How You Act

Even if the builder has breached the contract, a common defense is that you waived the rights you have under the agreement. To prove this, they may point to your actions as showing that:

When you have rights under a contract, you need to take steps to assert them. If you are silent, it may give the builder grounds to defend themselves against a breach of contract lawsuit.

One thing you need to be careful about is taking unilateral self-help actions, such as refusing to make payments as required by the contract. If you are wrong, you could be in breach of the contract yourself; however, there are times when a repudiation is a valid option. Only do this in close consultation with an experienced business lawyer.

In general, you have several remedies available to you when you have been the victim of a breach of contract:

In the homebuilding context, the breach may occur when the home is partially built and you do not want to be left with a partially built house, nor do you want a house that falls short of specifications. Ordinarily, specific performance—demanding the opposing party do what a contract requires them to do—is rare, but it is more common when a home builder breaches a contract. In addition, the builder would be liable for the financial damages they caused you. You may be able to get out of the contract altogether if you were to seek rescission, which is the equivalent of “undoing” a contract and putting the parties as close to the positions they were in before the contract was signed.