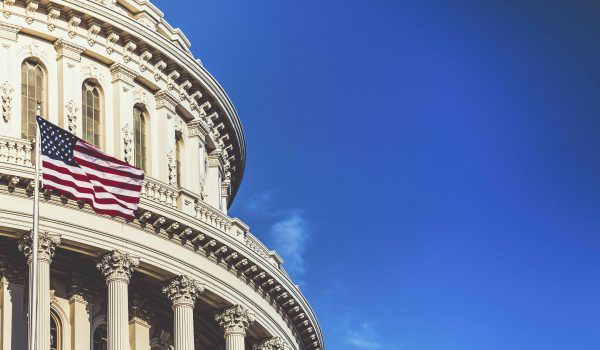 Galveston Bay has been a hub for shrimpers, fishermen and oyster harvesters for decades. The area accounts for an estimated income of $1 billion per year, which is one-third of the state’s commercial fishing revenue.

The bay is also the only place in Texas where state-issued leases for the commercial harvesting of oysters have been issued. While the most of the reefs are open to the public, a few private leases control 2,321 acres of them.

Oystermen must invest hundreds of thousands of dollars to run their businesses every year, from purchasing and maintaining boats and equipment, paying crew members, harvesting in the six-month window of the season and participating in producing cultch, which is fossilized shell and coral that provides points of attachment for the oysters on the reefs, to maintain the oyster population.

Oysters need fresh water to thrive. The past seven years have produced draught conditions that have drastically reduced the oyster population on the reefs. The recent rains were good news for the oyster industry, and Governor Abbott recently added Galveston County to his list for disaster relief after Tropical Storm Bill moved through on June 15.

The lack of fresh water and the havoc caused by the tropical storm are not the only factors that have the Galveston Bay oyster industry stirred up, however.

In April 2014, the Chambers – Liberty Counties Navigation District (CLCND) leased 23,000 acres of the reefs to Sustainable Texas Oyster Resource Management, LLC (STORM) for $1.50 per acre in a 30-year lease. Opponents of this lease, which consist of oyster fishermen and wholesalers, are questioning the legalities of the transaction. A lawsuit has been filed naming STORM and the CLCND as defendants.

The plaintiffs, including Prestige Oysters, which claims the title of, “The World’s Largest Oyster Shipping Company,” are being represented by former Houston City Attorney David Feldman. STORM has tapped several Austin lobbyists, including former Texas Supreme Court Justice Craig Enoch, to fight for their cause.

According to Feldman, the lawsuit is based on CLCND’s violation of the Open Meetings Act and the claim that STORM’s lease is unlawful, and therefore, null and void.

According to the Texas Attorney General’s website, “The Texas Open Meetings Act represents a commitment to the people of Texas that the public’s business will be conducted in the open. It is a legal guarantee of a transparent government.” Since no call for bids regarding the leased land was issued nor was the issue ever listed on CLCND’s Meeting Agendas, the plaintiffs are citing a violation of the Act.

In a letter dated August 15 2014 to the CLCND, William Warnick, General Counsel of the Texas General Land Office (TGLO), stated in part, “It is our position that since the CLCND lacked the authority to enter into this Lease, the Lease appears to be invalid and STORM cannot rely on the Lease as granting any rights to act on the CLCND property.”

CLCND purchased thousands of acres in the Bay from TGLO in the 1950s; however, official documents state that the purchase would grant CLCND authority over navigation issues only. Any private leases that involve oyster reefs must be entered into with the State of Texas through the Texas Parks and Wildlife Department (TPWD) to be considered legal, and many fishermen and their companies have done just that.

To date, TPWD has not made any moves to reverse STORM’s lease. The main reason for this is lack of funding for litigation.

According to District 23 State Representative Wayne Faircloth, the funding problem can be traced back to 2011 when TPWD’s budget was slashed 26% to make up for the gap left when Obama’s Stimulus Plan funding ended in 2010.

Faircloth said that legislation had been passed before the Legislative Session went into recess that will help with this problem. “A portion of sporting goods sales is supposed to go to TPWD, but wasn’t. We were able to get legislation in place to remedy that,” Faircloth said.

Faircloth says that he is also going to work with the Governor’s Office to secure some of the Disaster Relief funding for the oyster trade.

“The Bay and everything in it is a public resource that anyone who puts a boat in the water can use. Anything influenced by tidal waters is a public resource. It all belongs to the people of Texas,” Faircloth said. “If the resource is prolific, then everybody benefits.”

The reefs have another man-made problem: the oyster fishermen and companies that oppose STORM have not been contributing cultch to the beds.

“Why would other companies invest hundreds of thousands of dollars to propagate the reefs when they don’t know if they’ll be able to harvest them?” said Prestige Oysters spokesperson Wayne Dolcefino.

The lack of cultch, fresh water and tidal disturbances from the weather are being felt in the restaurants around Galveston Bay. Stingaree Restaurant and Marina, located in Crystal Beach on the Bolivar Peninsula, has had to turn away customers seeking oysters. Owner Jim Vratis’s oyster boat, “Miss Kim,” sits in its dock beside the restaurant, unused.

Tracy Woody, who along with his father-in-law Ben Nelson, formed STORM in 2014, says that they are trying to revive the oyster industry, not destroy it.

“Wild public Reefs, especially in Galveston Bay are in the worst condition they have been in over 60 years. This did not happen overnight. They have been on the decline for approximately 30 years,” said Woody.

“The commercial oyster fishery doesn’t have to be part of the problem. It should and must be part of the solution to restore and make this fishery sustainable again.

“This will be best achieved by using private property rights and free-market principles. Harvesters will become farmers of oysters by allowing them to invest capital to build reefs and grow their own crops on a piece of submerged land where the farmer can protect his investment from the free-for-all harvesting techniques exercised on wild public reefs.

“This would allow the oyster fishery to become less dependent on wild public reefs, and then the state could implement area closure rotations for natural reef restoration to occur without economic hardship on the fishermen.” Woody stated.

According to the STORM website, “… CLCND granted a lease to S.T.O.R.M. on 23,000 acres of its submerged bottoms for the planting and growing of oysters to promote marine commerce and the restoration and enhancement of this vital estuary.

“S.T.O.R.M. will begin building reefs as soon as permits are issued from all the necessary federal, state and local government agencies that are involved. S.T.O.R.M. not only intends to invest its own money in this venture but also plans to seek out other like-minded oyster fishermen to sublease bottoms so they may have pride in ownership and learn and practice proper sustainable resource management.”

Woody has had to defend STORM to its opponents for over a year.

“After carefully analyzing comments made by storms opposition, which mainly consist of the Halilis, owners of Prestige Oysters, their family, their employees, and their business associates, I have realized the fundamental difference between us is that [Prestige Oysters and their supporters] think that a commercial oyster license is a right that authorizes them to harvest from state owned submerged land, and on non-state owned submerged land, even without the land owner’s permission,” Woody stated. “A right to continue the status quo harvesting practices to the detriment of the resource, all in the name of making a living, even while the landowner protest the destruction on his land. A right that is superior to all other user groups of the bays.

“We at STORM believe a commercial oyster license is a privilege, not a right. With that privilege comes a duty to sustainably conserve oyster resources and to protect the reefs they grow on so that all user groups may enjoy the benefits and the improved quality of life that healthy oyster reefs provide. A duty to honor and respect landowner rights to protect the resource on his land.

“A commercial oyster license is always used to make a living, but that does not give the holder of the license a superior right over non-commercial users that have a right to enjoyment of healthy estuary that is due in part to abundant oyster resources and the ecosystem services they provide,” Woody added.

Woody asserts that TPWD has been issuing illegal leases for years because the privately held leases do not obtain permission from the landowner, which he says is CLCND.

Yet TPWD denies the Navigation District and its authorized agent necessary permits to plant rock and cultivate a private oyster bed on its own land,” Woody said, citing TPWD Code 61.022(a): “No person may hunt or catch by any means or method or possess a wildlife resource at any time and at any place covered by this chapter unless the owner of the land, submerged land, or water, or the owner’s agent, consents.”

“We and the CLCND have 100% followed the laws of this state from the very first thought that we might be able to lease submerged land from the Navigation District to build reefs and cultivate oysters and will continue until we achieve our mission of Sustainable Texas Oyster Resource Management,” he concluded.

Woody has appealed to legislators for help. State Representative for District 22 Joe Deshotel sponsored HB 3335 during the last legislative session that was designed to further STORM’s mission. Since no action was taken on the Bill before the recess, it is now dead unless someone else introduces it again when the legislature picks up again.

Rep. Faircloth doesn’t see that happening. “Legislature doesn’t have any business getting involved in this issue,” he said.

If the State continues to be unable to take action favoring either side, then this fishy issue will have to be settled in court. In the meantime, oyster lovers may have to take a drive out of state to find dinner.