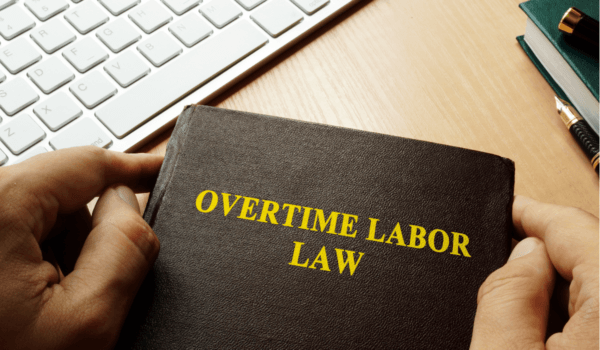 Many salaried employees in Texas may not think about overtime as something they need to worry about, however, employment law can be complicated, and some salaried employees could be missing out on rightfully earned overtime pay. If an employer fails to properly pay their employees overtime, they could be violating federal and state laws and could face serious fines. The U.S. Department of Labor estimates that over 85 percent of the American workforce is covered by federal overtime rules, including salaried employees. The laws regarding overtime and exemptions for employees in Texas changed at the beginning of 2020 right before the pandemic hit, which probably put employers’ understanding of and adherence to the new laws on the back burner. It is essential that all employees and employers know exactly what the overtime pay laws are and how they apply to their current positions.

In general, Texas hourly workers or non-exempt workers who work over 40 hours during their designated workweek are entitled to overtime pay. Overtime pay must be paid at a rate of 1.5 times the employee’s normal hourly pay rate. A workweek does not necessarily have to be considered a Sunday through Saturday week. Employers are able to set up their own workweek designations, such as Monday through Sunday, but it must be known and explained to all employees. Employers are not allowed to change their workweek designations to avoid paying overtime. These are just some of the basic overtime laws for hourly workers. Usually, salaried workers in Texas are exempt from overtime however there have been recent changes that may change a worker’s designation and overtime pay eligibility.

Under federal overtime pay laws and Texas overtime laws, salaried employees must be paid for hours worked over 40 in any workweek unless two very specific requirements are met:

Job title alone does not necessarily define if a particular position is exempt or not and there may be legal technicalities that still allow a salaried employee to receive overtime pay. This is because many employers throw around “exempt” or “non-exempt” designations without filling out the appropriate paperwork or understanding the designations fully. If an employer cannot prove that a worker meets the above two criteria that would make them exempt from overtime pay, that worker can seek back pay and further, additional financial compensation.

Some employers may try to get around paying overtime to their salaried employees by offering comp time or vacation time in lieu of actual pay for the hours worked. Private businesses are not allowed to do this, and employers must always pay the appropriate amount of money to their workers for overtime hours to remain in compliance with overtime laws. There are other ways an employer may try to avoid paying overtime to their employees. If an employer classifies a worker as a salaried manager or supervisor but the worker does not perform any duties associated with being a supervisor or manager, including overseeing a team of workers, they may still be eligible for overtime pay and have been misclassified as exempt. A job test can determine whether or not an employer has violated a worker’s overtime rights. If this test shows that a worker should not be considered exempt from overtime pay, their employer may owe them significant back pay for overtime hours worked plus potentially additional financial damages as are appropriate under the law.

A common action employers take when trying to avoid paying missed overtime hours is the reclassification of an employee from exempt to non-exempt. If an employer has recently reclassified an employee but that worker’s job duties did not change and overtime hours were not back-paid, the employer may have violated overtime pay laws. The fact that the employer reclassified the employee could be a clear indication that they knew their employee previously qualified to be paid overtime pay but they were not willing to pay them for it. Overtime pay can quickly add up and many employers will do anything to avoid paying thousands of dollars owed to their employees.

When an employer tries to deny you rightful pay, you need someone on your side to defend your rights as an employee in Texas. Our team is here to help you with whatever employment issues you are facing. We support employees by giving them a powerful voice to advocate for fair working conditions including obtaining the compensation they are owed for performing their work. The employment lawyers at Feldman & Feldman can go to work for you to protect your best interests. Don’t wait for the worst to happen before you contact us to schedule a consultation.