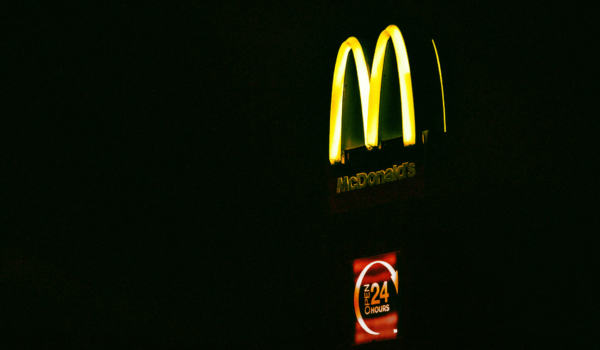 According to an article written by Gettysburg College, it’s estimated that most Americans will spend one-third of their lives at work. Even as many have moved to make the transition to work from home due to the onset of the COVID-19 pandemic, many offices and workplaces have since reopened their doors to employees. While going in to work each day provides a welcome opportunity to learn new skills, meet with customers, and catch up with coworkers, for many the workplace can be challenging – especially when dealing with workplace discrimination. Such is the case for McDonald’s, which has found itself embroiled in a $1 billion discrimination lawsuit filed by ex-franchise owners.

Popular fast-food chain McDonald’s is facing a major discrimination lawsuit after 52 Black former franchise owners sued the company for $1 billion. The plaintiffs claim McDonald’s systematically placed them in restaurant locations that were substandard, hindered their profitability and growth, came with high insurance costs, and left their restaurants performing well below the national standard.

This is just the latest discrimination-related legal battle for the fast-food chain. In January, McDonald’s faced scrutiny in a lawsuit filed by two senior executives who alleged that under the company’s former CEO, Steve Easterbrook, the chain became overtly hostile to its Black employees in both words and actions. The lawsuit claims that as a result of this discrimination, the company fired and demoted Black leadership, pushed out Black franchise owners, and lost Black customers.

Although the fast-food chain has since hired a new CEO, McDonald’s ultimately denies the recent discrimination claims. In a statement to Forbes, the company stated that “not only do we categorically deny the allegations that these franchisees were unable to succeed because of any form of discrimination by McDonald’s, we are confident that the facts will show how committed we are to the diversity and equal opportunity of the McDonald’s System, including across our franchisees, suppliers and employees.”

Discrimination in the workplace has become a major issue for many businesses. According to the U.S. Equal Employment Opportunity Commission (EEOC), each year the commission and other state partner agencies close over 100,000 cases of workplace discrimination. Despite this, however, workers only receive assistance like financial damages or a change in workplace policy and conditions 18% of the time. Those who claim age, gender, disability, or racial discrimination often don’t fare well; however, race-related claims are among those most commonly filed with the lowest rate of success at just 15%.

Data from the EEOC for 2010-2017 showed the agency closed most of its discrimination cases without finding whether or not discriminatory actions did occur. An unfortunate part of this issue, according to former EEOC employees, is that it doesn’t have the bandwidth or resources to investigate these claims. In fact, the agency had a smaller budget in 2019 when compared to 1980, as well as 42% less staff members. In contrast, the U.S. workforce has increased a whopping 50% during that same time period.

Unfortunately, workplace disputes can and will happen; however, each dispute is unique and should be treated as such – especially when dealing with disputes among franchisors and franchisees. A good relationship between the parties is vital to overall business success, making it incredibly important to spot conflicts before they intensify. Some of the ways to resolve disputes among franchisors and franchisees include:

Utilizing preventative measures to stop conflicts before they arise may be easier said than done, but it is possible with open and candid communication between the parties. Franchisors should let franchisees know they can come to them with any concerns or problems they may encounter at the workplace. Avoiding or dodging tough issues with franchise owners will only make problems worse over time.

Unfortunately, many franchise disputes can’t be resolved by mutual agreement. While these issues can lead to a much larger dispute if not resolved, finding common ground between the parties can help quell concerns.

One of the most crucial skills in a franchisor franchisee relationship is the ability to listen. In many cases where disputes arise, it’s important to actively listen and establish the problem to fix it. Not only does active listening help to solve potential issues and problem areas, it establishes care within the company.

Disputes in the workplace can arise for a number of reasons; however, discrimination issues occur far too often. Employers are obligated to follow established rules and regulations, and must provide employees with the legal protections to which they are entitled. When this doesn’t happen and employees’ rights are violated, it’s important to consult with a Houston employment attorney. At Feldman & Feldman, our employment attorneys fight on behalf of employees needing help with racial discrimination claims, as well as other forms of workplace injustice. If you or someone you know feels an employer is discriminating, contact the attorneys at Feldman & Feldman today.