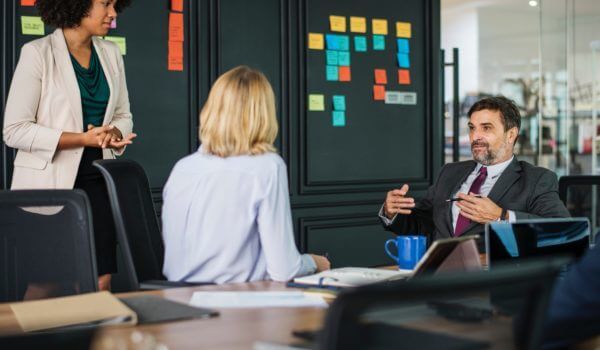 Age discrimination has become an unfortunate trend within the modern workplace. In fact, according to an Equal Employment Opportunity Commission (EEOC) 2017 survey, more than 6 in 10 workers age 45 and up said they have either seen or experienced a form of age discrimination in the workplace. Of those, roughly 90% said it is somewhat common to very common. Recently, a longtime creative executive who worked on several campaigns for Apple sued his agency for its discriminatory employment tactics.

Duncan Milner worked as a creative executive for TBWA\Media Arts Lab for nearly 30 years before he was terminated from his position. When the agency was founded as a bespoke agency for Apple in 2000, Milner was the creative lead and rose to CCO in 2009. In 2016 however, Milner was replaced by TBWA’s current CCO, Brent Anderson, and was moved into a position vaguely defined as global chief creative president and was focused on MAL\For Good, the purpose-driven arm of the agency.

After TBWA’s chairman and global director Lee Clow retired in February of this year, Milner was informed the agency “couldn’t carry his salary anymore,” according to the lawsuit, and he was subsequently terminated in June.

In a statement, TBWA said that MAL\For Good, “struggled to be profitable as a stand-alone business entity,” and that “earlier this year, the decision was made to evolve MFG into a strategic, consultative offer within TBWA\Chiat\Day L.A. As a result, Duncan Milner’s position as the creative leader of MAL\For Good was eliminated.”

In Milner’s complaint filed in California Superior Court in Los Angeles, he states he is suing TBWA for age discrimination and breach of oral and implied contracts. In addition to these claims, his lawsuit also points to the alleged erosion of Milner’s compensation and influence as of late, culminating in his replacement by Anderson as CCO of TBWA\Media Arts Lab, which is described in the lawsuit as a “demotion.”

Additionally, Milner alleges he was presented with two options: to either take a 50% pay cut and take on three additional accounts, or to accept a severance package and leave the agency. In June, Milner was called into a meeting with Chief Talent Officer Kristen Clark and TBWA\Chiat Day L.A. managing director Michael Claypool and allegedly told “they had looked around” and “didn’t have anything for him, even at a reduced salary.”

Within Milner’s 31 years at TBWA he was a part of building some of Apple’s wildly successful marketing campaigns, including “Mac vs. PC,” the iconic “Silhouette” advertisements that helped establish the iPod, as well as the ongoing “Shot on iPhone” campaign. The lawsuit also details Milner’s close work with Apple founder Steve Jobs prior to his death in 2011, and his often being praised by Jobs for his work.

If employers and management do not work to prevent employment-related disputes, it is only a matter of time until a dispute will arise. At Feldman & Feldman, we work closely with our clients to understand the exact circumstances surrounding the dispute so we can resolve employment cases successfully. If you are faced with an employment dispute that requires the need of an experienced employment law attorney, contact Feldman & Feldman today to discuss your case.