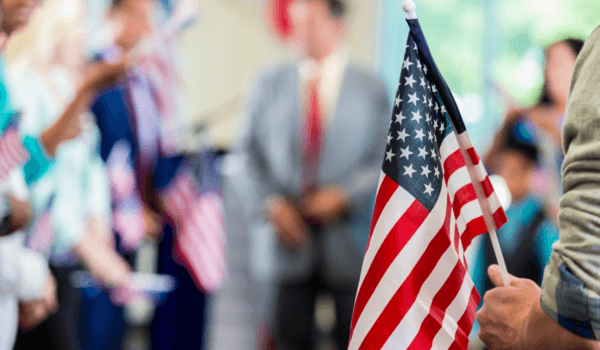 Candidates for public office must follow a myriad of laws and regulations. The law treats campaigns with the utmost seriousness. Both the state and federal governments closely regulate campaigns, and they may take action when they find legal violations. Punishments can include both large fines and potential jail time. It is critical that political campaigns retain an experienced lawyer during the campaign to help stay ahead of potential campaign finance issues and other legal compliance factors.

The laws that apply to your campaign depend on the office for which you are running. If you are running for a Texas office, you must make filings with and follow the rules of the Texas Ethics Commission. In addition, numerous provisions of the Texas Code govern elections.

If you are running for a federal office, you must follow federal election laws and the rules of the Federal Elections Commission. The FEC has the legal authority to conduct civil enforcement actions if it finds federal campaign finance rules have been violated and may do so after receiving a referral when a third party suspects illegal activity. The FEC can impose fines or refer its investigation to the Department of Justice for a criminal investigation.

If anything, the Supreme Court’s decision in Citizens United v. FEC, giving Super PACs the ability to spend an unlimited amount of money advocating for political campaigns, has increased the number of issues that campaigns face in complying with finance laws. Corporations and Super PACs must act independently of political campaigns, and they may need legal assistance to avoid coordinating actions.

When a political campaign receives contributions, there are several legal requirements it must follow. The first is that the campaign safeguards money and does not use it for improper purposes. Some campaigns may not know the outer limits of what could be considered a campaign expense and need legal advice on the permissible use of campaign funds.

There are strict rules that govern what happens once a political donation is received. Campaigns must appoint a treasurer to accept and spend money. Every campaign must have a treasurer even if it does not intend to raise money from the public, such as when a candidate self-funds.

The campaign should immediately forward the donation to the campaign’s treasurer along with information about the donor for record-keeping purposes. Campaigns cannot commingle campaign money with personal assets. One of the areas where candidates often find themselves in trouble is when they are accused of spending campaign funds for personal expenses. Although campaign funds are allowed to be used on expenses related to being a candidate, there is a fine line between campaign use and personal use. Candidates should seek legal counsel to avoid crossing this line.

The Ongoing Obligation to Report Receipts and Expenditures

In addition, campaigns have a legal obligation to report their receipts and expenditures. This obligation applies to candidates for both federal and state offices. Texas campaigns have an annual obligation to report these items even when they are not in an election year. Anyone who spends money on a political campaign must file a report with the Texas Ethics Commission if they have spent more than $130. In addition, Texas does not allow legislators to accept contributions in close proximity to a legislative session.

Under federal law, there are additional pieces of information a campaign must track when a contribution is received from a political action committee or bundled by lobbyists.

Political campaigns must be on the lookout for potentially illegal contributions. Campaign finance laws put the onus on campaigns themselves to act when they suspect a contribution may be coming from an illegal source. A campaign should act to investigate the source of the money if it has any concerns, and it should retain records in case of a future investigation. The campaign should be familiar with the sources of all of its donations.

Finally, political campaigns must also follow strict rules regarding their advertising. For political campaign signs, there must be a visible disclosure that they are political advertisements. Similarly, television advertisements must reveal the source of the ad and who paid for it. If the ad was paid for by the candidate themself, the ad must include a statement from the candidate stating that they approved the message. If the advertisement was paid for by a Super PAC, they cannot coordinate with a campaign.

It is always better to learn about state and federal requirements ahead of time. Campaigns should seek legal advice early on to stay on the right side of the many laws they’ll need to comply with. Many only find out once it is too late that they have potentially broken a law.

The election attorneys at Feldman & Feldman advise officeholders and candidates for office to keep them in compliance with state and federal law. We are experienced political campaign lawyers who have worked with many campaigns for local, state, and federal offices. Our experience can help your campaign establish the necessary procedural safeguards to follow the laws governing its operations.