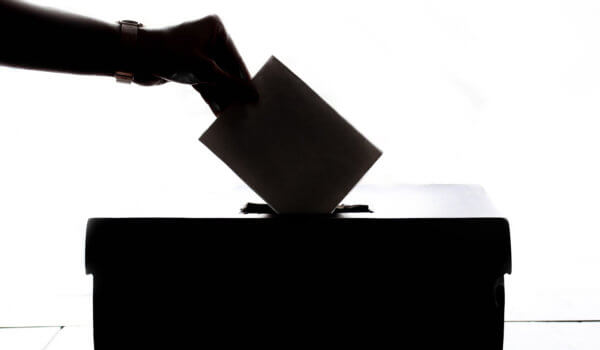 Voting by mail has become a widely discussed topic this year. With the ongoing COVID-19 pandemic, many have advocated for the practice, however, others believe voting by mail could lead to potential voter fraud. Because there are many different considerations at play when it comes to mail-in voting, it’s important to understand the practice, how it can be used effectively, as well as what options are available in Texas.

What Does It Mean To Vote By Mail?

Voting by mail has been around since at least the Civil War, when postal voting first became both necessary and common among Americans. According to an article by The Globe Post, by 1924, at least 45 of the 48 states permitted absentee voting, however it was still relatively uncommon. In 1936, it was estimated that just two percent of all votes were cast by absentee ballot. By 2000, that increased to 14%, and in the last midterm election in 2018, over 25% of all voters voted by mail.

Currently, 29 U.S. states allow any registered voter to request a ballot by mail, with five states allowing all elections to be done by mail. While there are still multiple states that do not regularly allow eligible voters to vote by mail, local officials have recently expanded the ability due to COVID-19 concerns during the upcoming elections. The state of Texas, however, still has requirements that determine who is eligible to vote by mail, including:

In the event election candidates believe there has been voter fraud, they can present evidence to the election board or file a lawsuit in a local court. Authorities will then review the evidence and decide if voter fraud was indeed present during the election in question. If there is sufficient evidence, prosecutors can indict those involved for mail ballot fraud.

While recent concerns have been expressed regarding mail in ballots and voter fraud, according to the Brennan Center for Justice at New York University, there is actually no evidence mail balloting correlates to increased electoral fraud. This is because as there are several anti-fraud protections built into the voting process designed to make it difficult to impersonate voters or steal ballots, including:

SCOTUS Address The Right To Vote By Mail

With the ongoing contagion of the new coronavirus, many Texas Democratic leaders and voters under the age of 65 have raised concerns over Texas laws and mail in voting. Namely, that current state law discriminates against younger voters with concerns over going to the polls to vote due to the pandemic.

This issue was brought to the U.S. Supreme Court earlier this year, however the Court denied Texas Democrats’ request to expedite the case. This came after a May Texas Supreme Court decision blocked a push to expand mail-in voting to registered voters in the state. The court noted that a lack of immunity to COVID-19 did not count as a disability. It is unlikely that a decision will be made to expand Texas’s mail in voting options in time for the November election.

During this uncertain time, it’s incredibly important for U.S. citizens and Texas residents alike to be informed on what is required in order to be eligible to vote. At Feldman & Feldman, our experienced attorneys are well versed in all areas of Texas civil litigation and have extensive knowledge of both civil trials and appellate proceedings, including election law. If you would like to speak to one of our Houston civil litigation attorneys, contact us today to discuss your needs.