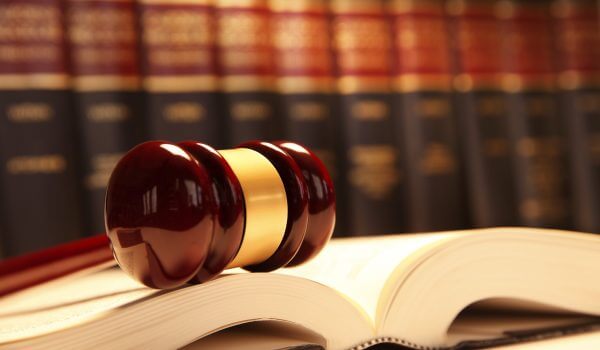 In a bizarre scenario, the special prosecutors in Texas Attorney General Ken Paxton’s case have sued Paxton over his office’s open records ruling that ordered the prosecutors to hand over their criminal discovery to a newspaper under the Texas Public Information Act.

Kent Schaffer, Brian Wice and Nicole DeBorde objected to an October 2015 TPIA request by the Dallas Morning News, and they asked for an AG open records ruling, claiming that the TPIA excepts the information from disclosure. But they failed to submit legal arguments about the exception or submit a sampling of the requested documents, as the TPIA requires, which lead to a Jan. 4 open records ruling ordering disclosure.

When the AG ruling ordered the prosecutors to disclose the discovery, both the prosecutors and Paxton’s criminal defense lawyers went, “Oh my god,” said David Feldman, a partner in Feldman & Feldman in Houston, who represents the prosecutors in their TPIA lawsuit.

“It’s one of those unique things you run into when the attorney general is a criminal defendant, and he also has a separate role—for example, under the public information act,” Feldman said. “All parties have an interest in protecting the rights of the defendant.”

This might be the one issue so far that the prosecutors and defense can agree upon, said Philip Hilder, co-lead counsel for Paxton.

“There is a reason why we have protocol: why there are rules of evidence and procedure, and that is to allow an orderly process to play out in a court of law rather than throwing everything in the public domain,” said Hilder, principal in Hilder & Associates in Houston. “We have these rules to safeguard individuals’ rights and an orderly process whereby individuals can have a fair trial. If we start bypassing that procedure and throwing all the discovery out there in criminal cases, it would be hugely problematic for everybody. It would breakdown the system.”

Paxton did not handle the open records ruling at issue.

“The pre-existing screening procedure has a process for open records rulings like those at issue here from being reviewed by the executive administration. The review process is handled by the chair of the opinion committee and the general counsel,” AG’s office spokeswoman Cynthia Meyer wrote in an email. She declined comment on the prosecutors’ TPIA lawsuit.

Schaffer, Wice and DeBorde sued Paxton on Jan. 14 to seek a declaratory judgment that the TPIA exempts the requested information from public disclosure. Releasing the documents would violate a court order, hinder a criminal prosecution and negatively effect the rights of a third party, said the original petition in Schaffer v. Paxton, filed in Travis County district court.

The petition explained that Schaffer received an email from the Dallas Morning News requesting copies of records that prosecutors turned over to the defense in Paxton’s criminal case. Schaffer responded that he couldn’t provide the information because the TPIA excepts it from disclosure. A week later, Wice submitted an AG ruling request.

On Jan. 4, the AG’s office found the prosecutors didn’t comply with the TPIA’s requirements to seek a ruling. They needed to explain why a TPIA exception would allow them to withhold information, submit representative samples of the information and more, said the ruling. The prosecutors did not do so, which “results in the legal presumption the requested information is pubic and must be released,” said the TPIA ruling.

“We have no choice but to order the requested information released,” the ruling said. The prosecutors would have to challenge the ruling in court if they thought the information was confidential, it added.

The petition argues that the TPIA exempts the release of information held by a prosecutor regarding the detection, investigation or prosecution of a crime, which would interfere with the criminal investigation.

Even if the prosecutors didn’t request an AG opinion properly, the information should still be withheld to protect Paxton’s privacy and property rights, the petition said. The requested information implicates Paxton’s right to an impartial trial under the Sixth Amendment. Disclosing the discovery would also violate a Jan. 8 court order, in which Judge George Gallagher has “issued a directive to all counsel, under threat of sanction, that no evidence was to be released to the press that has not been presented in open court,” the petition said.