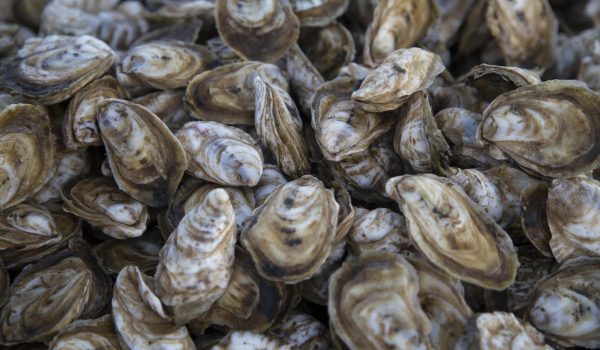 A rancorous two-year feud over control of the oyster business in Galveston Bay began on a summer day in 2014 when Michael “Misho” Ivic, owner of Misho’s Oyster Co. in San Leon, paid a visit to an old friend and fellow oyster dealer.

In the office cafeteria of Jeri’s Seafood on Smith Point, owner Ben Nelson announced: “I have a lease, and all this is going to change.”

Unbeknownst to other oyster fishermen in the bay, Nelson and his son-in-law, Chambers County Justice of the Peace Tracy Woody, had leased 23,000 acres of bay bottom that included some of the choicest oyster reefs.

The news severed long friendships among the three largest oyster operations in Galveston Bay – Ivic’s, Nelson’s, and another owned by Lisa and Johnny Halili – and spawned lawsuits that have brought uncertainty to an industry decimated by years of bad weather and predators.

Leases had typically been issued by Texas Parks and Wildlife, but Nelson and Woody had formed Sustainable Oysters Resource Management LLC, or STORM, to lease the land from the Chambers-Liberty Counties Navigation District. Such districts raise money to improve and administer waterways.

The STORM owners also tried unsuccessfully to persuade legislators in the last session to pass a bill authorizing navigation districts to take over Texas Parks and Wildlife’s authority to regulate oyster beds.

The STORM lease included three oyster beds leased from Parks and Wildlife by Johnny Halili, owner of Prestige Oysters, Inc., two by Ivic and one by Ivo Slabic, owner of Gulf Coast Oysters. Halili had spent millions of dollars rebuilding the reefs on his leases.

The idea that a single company would control half of the oyster grounds in Galveston Bay at first seemed incredible to Ivic.

“I really thought he was joking,” Ivic said.

A week later, he said, Nelson gave him an ultimatum. The STORM lease voided the state leases, he said. Ivic could join STORM or Nelson would take over Ivic’s state lease. “You really need to decide. If you are not with us, you are against us,” Ivic recalled him saying.

Nelson died of heart failure in April. Woody now has control of STORM and he says he has no regrets.

Nelson had a reputation as a tough businessman, but he had been good friends with Ivic and Halili for decades. “All three of us were taking care of each other as much as we could,” Ivic said.

“This was a pure friendly act,” Ivic recalled. “This is something I wouldn’t do, but Johnny (Halili) did. That was really a deep gesture of friendship.”

Lisa Halili, Johnny Halili’s wife, remembers seeing messages from Ivic on her cell phone as she and her husband tied up a skiff in Louisiana. After speaking with Ivic, she said, “I was shocked, my head was spinning. … I felt like the whole world turned upside down.”

‘The law is clear’

“The bottom line is that Jeri’s Seafood in Chambers County decided it wanted Galveston Bay to itself, went into a back room with cronies, cut a political deal with their buddies, and declared itself sheriff of all things oyster in Galveston Bay, in complete violation of Texas law,” said Chris Feldman, attorney for Halili, Ivic and Slabic.

STORM’s attorney, James Galbraith, said the law is on his client’s side. Galbraith said it is undisputed that the navigation district owns the land. “We feel the law is clear that oysters belong to the land owner,” he said.

So far, STORM has fared badly in courts outside Chambers County. The biggest blow came in July, when a three-judge panel of the Third Court of Appeals in Austin sided with Texas Parks and Wildlife, saying that the navigation district lacked the authority to lease out oyster beds. Galbraith said STORM has asked for a rehearing by the six justices who comprise the full Third Court of Appeals.

In the case filed in Galveston, state District Judge Lonnie Cox issued an injunction prohibiting STORM from interfering with other oyster boats. Cox will hear arguments Monday on whether to grant summary judgment to the plaintiffs. An appeals court has thwarted attempts to get at least part of the case moved to Chambers County.

Galbraith, the STORM attorney, said that as of Friday, he was waiting to see if the Texas Supreme Court would hear an appeal from the appellate court.

The STORM controversy has dealt another blow to an already-staggering industry. Hurricane Ike destroyed at least 50 percent of the oyster beds in 2008. Seven years of drought subsequently increased salinity in the bay, endangering oyster habitat and allowing predators to thrive. And two years of heavy rain flooded the bay with oyster-killing fresh water.

Then came the STORM lawsuits and the moratorium on oyster permits, said Clifford Hillman, owner of Hillman Shrimp and Oyster Co. in Dickinson and chairman of the state Parks and Wildlife Oyster Advisory Work Group. “Not much area in the bay had live oysters on them to begin with,” Hillman said. “When you have those events back to back, it’s a difficult situation.”

Hillman said that he attended meetings of navigation districts in the Gulf Coast counties of Calhoun and Matagorda, learning that STORM had approached districts about securing rights to oyster beds there.

Woody said he was assisting local oystermen interested in entering into a lease with their navigation districts to combat the market power of the Halilis, who have the largest oyster operation in Galveston Bay.

Although Nelson was a hard man, Lisa Halili believes he would have given up on STORM if he had lived.

Woody and Nelson began negotiating with the navigation district in 2010 because they feared that Texas Parks and Wildlife was considering revoking all oyster leases and they needed to find an alternative. “We figured we had better look around and see who else owned land and get permits to grow oysters,” Woody said.

He accuses Ivic and the Halilis of overusing the oyster reefs and Texas Parks and Wildlife of poor stewardship. STORM will revive the oyster industry with better management, Woody said.

Both Ivic and Lisa Halili said Texas Parks and Wildlife has done a good job of reviving the oyster beds. Because the agency closed East Bay to oyster fishing for the last two years, oysters are expected to be abundant when the season opens in November, Lisa Halili said.

Woody said Ivic and the Halilis should focus their ire on Texas Parks and Wildlife for issuing them invalid leases. “I like Misho, and I’m sorry he chose the wrong path,” Woody said. He was less kind to the Halilis, whom he accused of stealing his customers.

The cost in terms of legal fees and lost business has been high for both sides. Woody declined to say how much he’s spent in legal fees, but Lisa Halili said her company has spent close to $800,000, not including economic loses.

Slabic’s son, Jure, said their company has suffered losses in the six figures. He added, “All of the leaseholders who rely on this are hurt incredibly.”