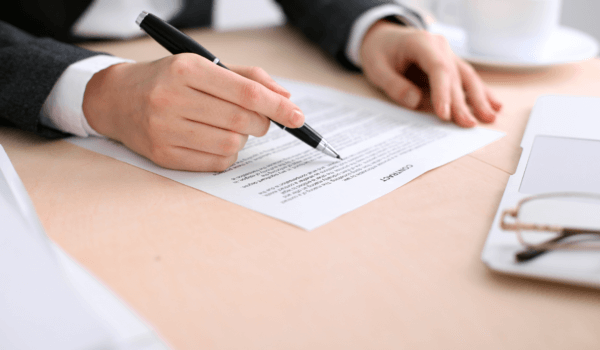 The unexpected can happen to any business, at any time. Whether it’s issues involving the internal structure of a business, demanding clients, or even other outside elements, unanticipated issues can quickly send a bustling company into turmoil. Whether it’s damage to a commercial vehicle, interruption of operations, vandalism, storm damage, flooding, or even a fire – damages to company property can cause operations to come to a screeching halt.

While filing an insurance claim for damages like these may seem like a foolproof way to recoup the associated costs, some insurers use bad faith tactics to delay, underpay, or outright deny valid claims. Because of this, it’s pertinent that business owners understand the common bad faith issues that can occur with regard to commercial insurance claims.

Insurance companies owe policyholders a legal duty of good faith and fair dealing, however, this doesn’t always happen. Commercial insurance bad faith refers to claims the insured may have against its insurer for gross delays, underpayments, or denials of valid insurance claims. When an insurance company breaches its duty of good faith and fair dealing, it can be held liable to the policyholder for additional damages, penalties, as well as attorney’s fees beyond what is already owed under the insurance policy.

In Texas, policyholders have two ways to penalize insurance companies that act in bad faith. One is through a common law bad faith claim and the other is a statutory bad faith claim. In addition, Chapter 541 of the Texas Insurance Code details when an insurer has engaged in an unfair method of competition, as well as any unfair or deceptive acts or practices.

When a commercial insurance claim needs to be filed, it’s imperative that business owners understand the common tactics and issues insurers use to avoid covering valid claims. Some of these include:

When an insurance company purposefully slows the claims process on its end, the law can hold them accountable. This can be done in order to gain leverage for the insurer or to discourage the business from further pursuing the claim. Most insurers have a 30-day timeline within which they must accept or deny a claim; however, if it goes well beyond the timeframe listed in the policy without explanation, the carrier could be unreasonably delaying the claim.

In order for a claim to be properly processed by an insured company, the carrier must conduct a full investigation. Unfortunately, this doesn’t always happen. The failure of the insurer to properly and thoroughly investigate a claim is contrary to the good faith and fair dealing measures implied within a commercial insurance policy.

It’s important that insurance companies remain honest in their interpretation of the commercial insurance policy when a claim is filed. In the event an insurer misinterprets the policy language or the facts of the claim against the business, then they are acting in bad faith.

Deceptive practices in insurance can refer to a myriad of different things. For instance, it could mean the insurer intentionally failed to inform a business about a claim deadline, or the insurer failed to disclose the existence of coverage as a means to avoid paying the claim. In addition to this, the insurer may look for a way to enforce certain exclusions that are not contained within the commercial policy.

Just like most businesses, insurance companies are inclined to act in their best interests, including for monetary gain. Because of this, insurers will often offer lowball payments as a means to make higher profits. This ultimately means they will offer amounts significantly lower than the policy value.

One of the most egregious ways insurance companies use bad faith tactics is the outright refusal to pay out on a valid claim. As stated above, insurers are required by law to use fair claim practices. Refusal honor a valid claim under a commercial policy illustrates bad faith behavior. Any denied claims should be backed by a factual and legal explanation. If this does not happen, it’s imperative for business owners to consult an attorney.

For many business owners, having a comprehensive commercial insurance policy should allow for some peace of mind if anything happens to the company. Unfortunately, insurers can and do use bad faith tactics in order to protect their financial bottom line, ultimately leaving policyholders that filed valid claims in worse shape than before.