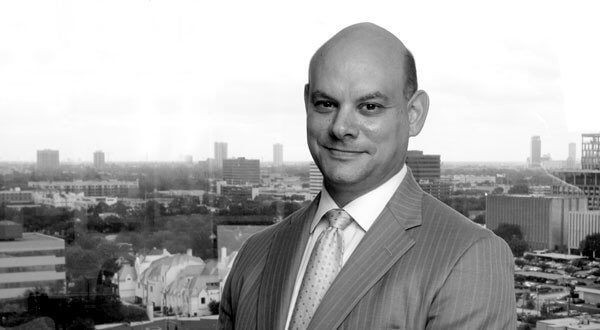 Cris Feldman founded Feldman & Feldman with his father, David Feldman, focused on the idea that the public needs to be protected from corruption, injustice, and fraud at the highest levels. Cris helps individuals and business owners protect their rights from those who would infringe upon them. Cris has proudly represented a wide variety of clients, including assault victims, whistleblowers, and oyster fishermen, among others. All of Cris’s clients have come to know him for his dedication and passion to their cause.

Cris’s dedication to justice came at an early age while watching his father, David Feldman, a successful attorney and eventually the Houston City Attorney. Cris followed in his father’s footsteps by attending law school after graduating cum laude from Tulane University with a Bachelor of Arts in Political Science. After graduating from the University of Texas Law School, Cris conducted a postgraduate fellowship where he focused on special interest money and corruption in the Texas political system. Following his fellowship, Cris chose to undertake pro bono work designed to uncover illegal conduct in Texas state elections. He decoded and successfully proved former Speaker of the House Tom Delay used $190,000 of illegal money disguised as corporate donations to political campaigns for DeLay’s favored candidates for the Texas House of Representatives. The Houston Chronicle would later call Cris a “crusading, young, clean-government lawyer.”

Cris has had numerous successful wins both in the courtroom and at the negotiating table. Some of his recent successes include representing homeowners in the Houston Heights against a local music venue for playing music too loudly and representing Dallas firefighters and law enforcement officers in a lawsuit over their pension cuts. Cris also recently filed a lawsuit on behalf of the San Antonio Professional Firefighters Association (SAPFA) against the City of San Antonio for violating their free speech rights under the Texas Constitution.

Cris is an election law expert. In addition to his work exposing Tom Delay, he also uncovered unreported donations and spending on political campaigns in the Rio Grande Valley. Cris serves as an ethics expert for the Houston media. There is no opponent too big for Cris and his entire legal team at Feldman & Feldman. If you want to reach Cris or any of the dedicated attorneys at Feldman & Feldman, contact us today. We can analyze your situation, help you understand your legal options, and pursue your case to the highest levels.