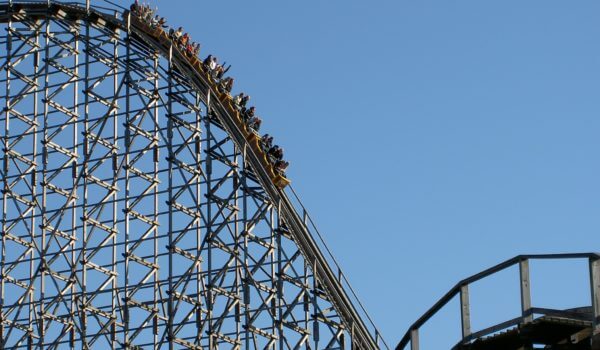 For many, the idea of their hometown or city having a localized theme park to go to with family and friends seems simple enough. However, this has been a topic of contention for many Houstonians, since the beloved AstroWorld closed its gates for good in 2005 and was eventually demolished to make room for additional downtown parking and space for other local events. Though there have been rustlings of a new theme park, Adventure Pointe, to be built in the greater Houston area for several years now, a recent $10 million lawsuit has all but squashed those hopes.

Since AstroWorld’s 2005 closing, Houstonians pining for a new theme park were hopeful when it was announced that Adventure Pointe could mitigate the loss of a beloved local landmark. However, while the highly anticipated theme park promised a mixed array of rides, shopping, and food options, a $10 million lawsuit against the park owners was delivered instead.

Originally scheduled to open in 2015, the unfinished Adventure Pointe was touted to sprawl across dozens of acres next to the Tanger Outlet Mall. The space near Interstate 45 is now home to a wasteland of half-built rides instead. The park’s founders, cardiologist, Dr. Harvey Slusky and his wife Lisa were said to be longtime fans of bringing a new park to the Houston area. In fact, the doctor’s father, Louis Slusky helped to bring Playland Park to South Main many years ago. After Playland Park closed in the late 1960’s, the property was transformed into AstroWorld.

The lawsuit, which was filed in late September, alleges gross mismanagement by the Adventure Pointe developers. The defendants are accused of exaggerating their qualifications and of pocketing hundreds of thousands of dollars of the Sluskys’ money that was intended for the park. A court date for the case has been set for December 13 of this year.

It’s not a complete loss for Houstonians vying for a new theme park, however. Grand Texas’ Big Rivers Waterpark opened this summer in New Caney. And, on an even larger scale, this past February, Mayor Sylvester Turner promised to bring a new theme park to Houston.

For the legal team at Feldman & Feldman, every case is unique and there is no one-size-fits-all solution. We work closely with our clients to offer the best results. If you are facing any type of business dispute or commercial litigation, contact the experienced attorneys at Feldman & Feldman today to schedule a consultation to discuss your case.